Bats are amazing mammals, but they can also be a messy, costly, and dangerous nuisance if they come too close. If you discover or suspect a bat infestation within your home or property, it is strongly encouraged to act fact and contact a local wildlife abatement company for professional bat removal and cleanup services.

Continue below to learn exactly which steps to take to get started with professional bat removal service, and transform your property back to its original condition!

How to Get Rid of a Bat

✨ Step One: Close Off the Area

If you discover a bat colony in your attic or other area of your home, you do not need to take any extra precautions to protect yourself and your loved ones from exposure other than closing off the room and keeping your distance until professional help arrives.

But, if you have a sole bat inside the living quarters of the home, like on a wall or flying around the basement, you need to immediately separate yourself, your family, and your pets from the area. From there, open a window or door in the vicinity, and close off all others, to encourage the bat to fly out. Remain in a safe, closed off area away from the bat until help arrives.

Look for a licensed and insured bat removal and control company in Virginia who can provide safe and humane service. See our blog, “State Laws Surrounding Wild Bats” to learn what you need to know about hiring a bat abatement company for bat removal services.

Your chosen bat removal service will arrive fully-equipped with the latest technologies and state-of-the-art equipment to implement a comprehensive, full-property inspection. Once they locate the bats, they will make a detailed, written report on which services you will need to restore your property back to a safe and sanitary condition.

Who to Call for Professional Bat Removal in Virginia

Call Virginia Bat Pros at 804-729-9097 when you need prompt and professional Virginia bat removal and control you can afford. We use safe and humane methods to deliver effective 24 hour bat control for residential and commercial properties throughout Virginia. We serve all of Virginia, including Richmond, Petersburg, Short Pump, Lynchburg, Charlottesville, Norfolk, Chesapeake, Newport News, Virginia Beach, and all of their surrounding areas.

Bat removal is a necessary service for all property types, from commercial businesses and buildings, to residential homes and more. That is because bats are incredibly destructive to such properties, especially if they get inside of them. Indoors, they will roost in large numbers, which causes structural damage to everything they come into contact with, including insulation, floorboards, electrical wires, ceilings, and more. They also pose a long list of health and hygiene hazards, such as pest infestations, transmissible diseases, odor and filth, and more.

For these reasons, it is vital to have a bat infestation or nuisance bat problem abated as soon as you are aware it exists on your property. If a bat problem is ignored, costly damages will add up faster than you can imagine. Once bats are removed, the property is them modified to prevent further interruption from nuisance wildlife.

But what about the bats? Many wonder what actually happens to them once they are removed. Continue reading to learn more about this topic.

Bats are vital parts of our local eco-systems, and ultimately, our local economies. Although they can be a nuisance, they should never be harmed or killed. Instead, they should be protected and nurtured at all costs. This is why bats are not treated like pests once they are in the possession of wildlife rescue and control professionals. They are treated like the valuable species they truly are. Standard practices for bat transportation and care differ from state to state, but in general, bats are tested and released after professional bat removal service.

After bats are retrieved and extracted from a property, those that are suspected of illness are sent to a lab to be tested for Rabies. Following testing, healthy bats are released back into nature in a faraway habitat where they can live out the remainder of their lives in peace and harmony.

Bats that are infected with the Rabies virus are generally euthanized by a professional exotic wildlife veterinary technician. Bats that are injured or sick are transported to a bat rehabilitation habitat where they are carefully treated, and then released back into the wild once they are capable of caring for themselves again.

Who to Trust for Safe and Humane Bat Removal

Bats are ecologically important to farming for many reasons. Not only are they incredible insect control, they also help pollinate our crops. In fact, their droppings, known as “guano”, is an excellent fertilizer. Guano contains several organic nutrients, such as nitrogen, phosphorus, and potassium, all of which enrich and condition soil, thus promoting deep root feeding and enhanced plant growth.

Continue reading to learn how you can use bat guano for better gardening results next spring! 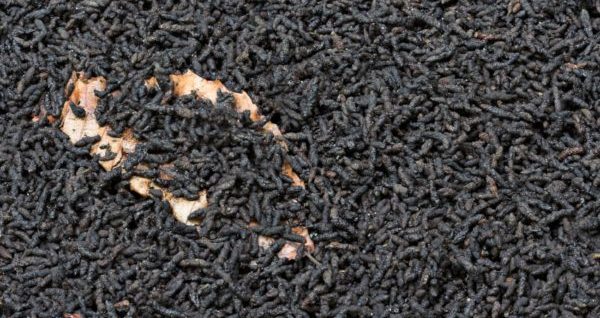 A Top Dressing for Soil

Bat guano can be used as a top dressing fertilizer in wet or dried form. You can either incorporate it directly into the top layer of soil before planting or during active growth, or you can turn it into a solution referred to as “bat guano tea” and use it when watering your plants.

How to Make Bat Tea

What You Need: Water and Guano

What To Do: Steep bat guano in water, overnight. Use 1 cup guano for every 1 gallon of water. Then just apply the solution when you water your plants.

If bats are a nuisance problem around your property, contact a licensed Virginia bat removal and control company for safe and humane abatement services. They can identify and diagnose bat problems, mitigate infestations, clean up bat damages and messes, and more. Be sure to choose a licensed and insured company with plenty of experience in the wildlife removal and control industry!

Call Virginia Bat Pros at 804-729-9097 for safe and humane bat removal and control assistance in Old Dominion. We serve all of Virginia and its surrounding areas. We offer 24 hour bat removal, as well as, numerous residential and commercial bat exclusion services, such as bat cleanup and restorations for bat damages. We even provide insurance work! Contact us today for a free estimate.

Big Brown bats are one of the most common species native here in Virginia. They are often the culprit behind many residential and commercial bat infestations. Continue reading to learn more about Big Brown bats. With a better understanding of the species, you may be able to protect your home or building from bat damages. 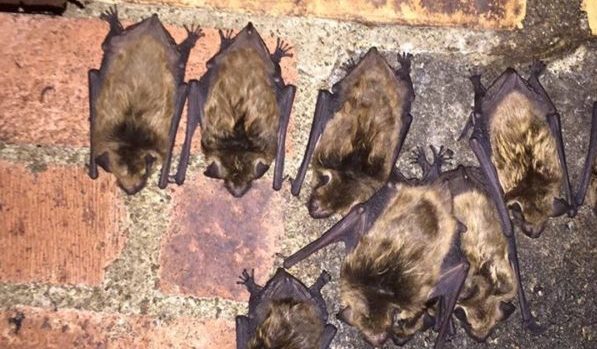 They are wide spread throughout North America. In fact, it is colloquially referred to as “the most widespread Pleistocene bat in North America.” However, its range also extends throughout Central America, the Caribbean, and even some parts of farthest northern regions of South America.

They are capable of thriving in urban, suburban, and rural environments, generally choosing a roost for the summer and another roost for winter hibernation. They often choose roosts that are quite, private, sheltered, and warm. For this reason, they are often found in hollowed out trees, caves, abandoned mines, attics and crawl spaces, storm drains, log piles, and specially-made bat houses.

Big Brown bats are insectivores, meaning they primarily consume insects. Their favorites include mosquitos, gnats, flies, beetles, termites, moths, and any net-winged insect. They hunt for their prey at night, between the hours of dusk and dawn, using their built-in biosonar abilities called echolocation. Echolocation does not substitute for sight, as bats see quite well on their own; however, it gives them a significant advantage for diving and darting for prey with accuracy and speed.

Bats are not solitary; they often live in large colonies. This, coupled with the fact that a single bat can consume as much as 1,000 insects or more in one evening, makes Big Brown bats a significant predator of agricultural pests. This means they have a positive ecological impact on our surrounding environments.

Big Brown bats mate in the fall. After mating, female bats separate from the males and live in their own maternity colony. Females give birth around May or June to only one single baby bat (pup), weighing an average of 3 g (0.11 oz). Although born tiny, they grow rather quickly, as much as half a gram per day. After as soon as 18 days after birth, they can begin to fly. A fun fact: bats are the only mammal on Earth capable of flying! Baby bats, or pups, are weaned from their mother’s care within 2 to 3 months.

Virginia Bat Pros has a brand new, easy to use website that showcases all of our company services and credentials! Check it out today and see for yourself why we are Virginia’s premiere bat removal specialists!

Professionals You Can Trust

Here at Virginia Bat Pros, we have the safe and humane solutions to get rid of bats, all within a price you can afford. We are licensed, bonded, and insured bat removal specialists with more than 27 years of combined hands-on experience in the bat abatement industry. As members of the National Wildlife Control Operators Association (NWCOA), you can trust that we are truly qualified professionals who can offer dependable service, effective results, and unparalleled customer support. And all of our wildlife abatement services come with a comprehensive written guarantee, making our clients feel confident in the work we do.

Our teams are fully equipped with the latest technologies and advanced equipment, so we can manage any job, regardless of size or scope, and in a time frame that’s convenient for you. Be sure to check out our list of service areas on our new website to see if we provide service in your area. If your town is not listed, give us a call anyway! We might still serve your area, and if we cannot, we can still provide trusted referrals for companies that do.

An Ethical and Responsible Company

Furthermore, we are an advocate for wildlife rights and protection. For this reason, we only use safe and humane strategies to get rid of bats and stop them from coming back. We never use lethal methods of bat removal, nor do we use poisons, inhumane traps, repellents, or lethal devices. Instead, we adhere to the industry accepted standards and best practices, as well as, all local, state, and federal laws that govern wildlife.

Here at Virginia Bat Removal, our professionals are focused on safe and effective results, but more importantly, our client’s complete satisfaction. Contact us at 804-729-9097 to request free estimates and information from one of our friendly office managers. In the meantime, be sure to periodically check back with our blog page to learn more about bats and how to protect your property from bat damages!